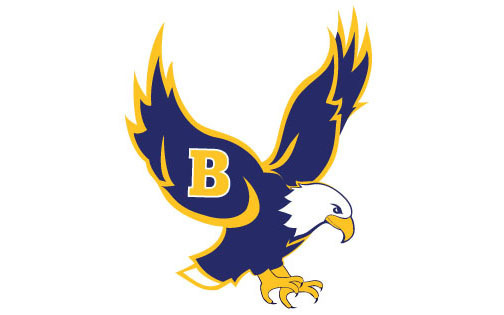 Barrington Public School’s mission is to empower all students to excel in character, citizenship, collaboration, creativity, communication, and critical thinking, so that they may positively impact the future

The math team recorded a score of 26 points at the sixth and final competition of the year.  Barrington finished 15th in New England and placed 2nd in Rhode Island behind the Wheeler School.  Congratulations to Vignesh Peddi for recording a perfect score of 6 points at the final competition.  A special congratulations goes to Jessica Liang for accumulating a score of 33 out of a possible 36 points this season.  Her score ranks her as one of the top 10 students in the history of BHS.  Class winners for the year include the following:

The BHS Math Team won its 19th state title in the past 22 years and extended its record over that time period to 332 – 20 – 3.  Congratulations to A team members Jessica Liang, Mitchell Salomon, Hannah Bai, Kamran Pahlavi, and Vignesh Peddi for winning the state title.

The top 5 teams in the state and their results include the following:

Parents must complete the Bi-Nax Consent form for students to be tested during their specific time.   This form only needs to be completed one time.  Click  HERE

Important: BiNax testing is only for asymptomatic testing. If you are not feeling well, or have any symptoms, you should remain home and schedule a PCR test with the Rhode Island Department of Health at portal.ri.gov